Since our mission is to raise as much money as possible for Operation Santa, there’s much more to this event than 18 holes of really good golf and great fellowship. Below are just a few of the extra activities planned that make this event one-of-a-kind.

Thanks to Hennessy Honda of Woodstock for the opportunity to win 1 of 4 new cars for a Hole-in-One on all four Par 3 holes.

Balls are dropped on Hole 19 from a helicopter; the closest ball to the Pin wins a prize weapon.

We’ll have a raffle of sports and military memorabilia and other nice prizes including, a large screen LED TV.

We’ll have several free-fall demonstrations throughout the day, including professional jumpers “swooping the pond” on Hole 9.

We’ll have many veterans on station to to share in fellowship, true war stories of victory, and provide updates on what is going on in the current theatres of operations.

Military and Public Safety vehicles and equipment will be on-site for kids to see, touch, and explore.

Jeffery Dean Struecker is an author, pastor, and former U.S. Army Ranger who was involved in the Battle of Mogadishu in 1993. He also participated in the 1989 invasion of Panama (Operation Just Cause) and in Kuwait during Operation Desert Storm. Struecker has co-authored five published books.

He enlisted in the Army in September 1987 at the age of 18 and served ten years in the 75th Ranger Regiment in positions ranging from Private to Platoon Sergeant. While serving in this unit, he competed in and won the David L. Grange Best Ranger Competition in 1996. He taught ROTC at the University of Louisville and was recognized in 1998 as the US Army ROTC Noncommissioned Officer of the Year.

In the 1993 Battle of Mogadishu, Struecker was a 24-year-old Sergeant and Squad Leader assigned to Task Force Ranger as a part of the 75th Ranger Regiment. He led the 3-vehicle convoy that returned, through intense fire, wounded Ranger Private Todd Blackburn to their base. In the film based on the battle, Black Hawk Down, Struecker is portrayed by Brian Van Holt. 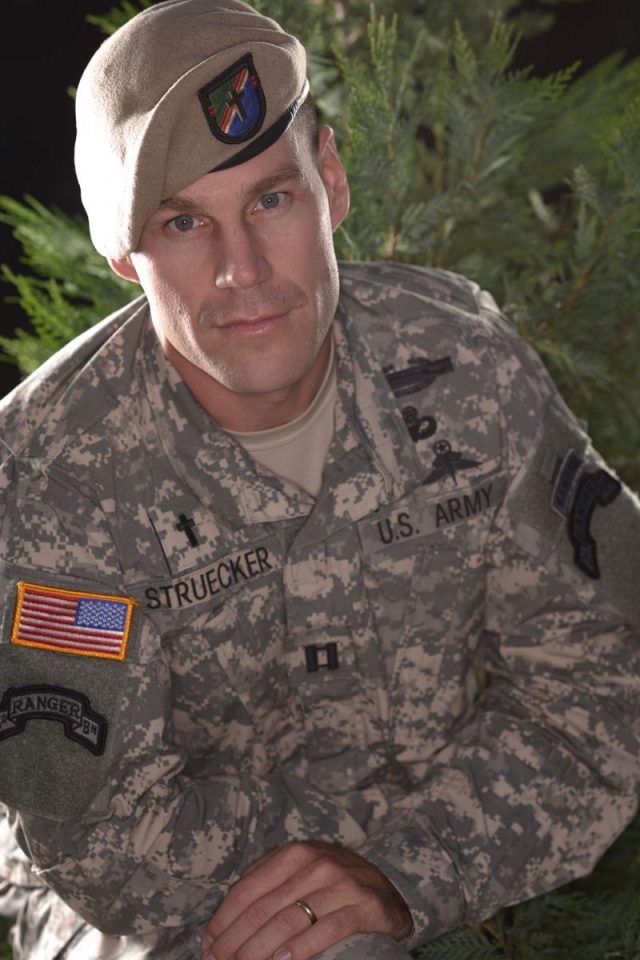 After his enlisted service ended in April 2000, Struecker went on to graduate from seminary and was commissioned as a Chaplain. In this role, he served multiple tours in Operation Enduring Freedom in Afghanistan and Operation Iraqi Freedom in Iraq. His final military assignment was as a Chaplain with the Regimental Special Troops Battalion of the 75th Ranger Regiment. He retired from active military service at the end of January 2011.

His military awards include the Ranger Tab, Combat Infantryman’s Badge, Pathfinder Badge, Master Parachutists Wings, Military Freefall Master Parachutist Wings, several foreign jump wings, and the Combat Action Badge. In addition to other academic honors, he was awarded a Doctor of Philosophy degree from Southeastern Baptist Theological Seminary in Wake Forest, North Carolina. He also has several other earned and honorary degrees and is the lead pastor of 2 Cities Church in Columbus, Georgia.

He is an award-winning author with five books in print. The most famous of these, based on his experiences in Mogadishu, is The Road To Unafraid. He and his wife, Dawn, live in Columbus, Georgia. They have five children and three grandchildren. 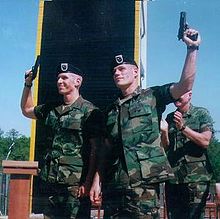 If the weather cooperates, Jeff will make his entrance via parachute in the opening ceremony of the Freedom Fighters Open, along with a jumper from Team Fastrax carrying the American Flag.

Honoring Our Heroes With Hope And Help For The Holidays 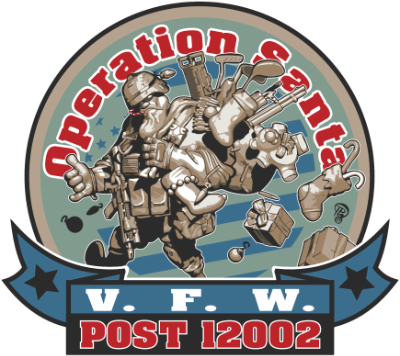 Highlights From Past Events

Enjoy the epic view and experience a little bit of the feeling of free fall as you watch SFC Dana Bowman, Retired in this video from the Opening Ceremony for the 2017 Freedom Fighters Open. Hang on for the ride of your life!
Sponsors

Silver level includes one (1) foursome OR hole sponsorship, recognition on print materials, recognition at awards event, and a plaque. $1,000+

Sign advertisement at tee, display quality camouflaged pin flag custom-made to
military standards for this tournament. Use this camouflage pin flag to display your support for our armed forces and this tournament at home or at work. $500+

We are looking for products to raffle. Sponsorship level will be in accordance with the value of product or service offered for raffle.

Our food sponsor will cover food and drinks at the Turn and Finish. Recognition will be given at our dining event. ~$2,000+ 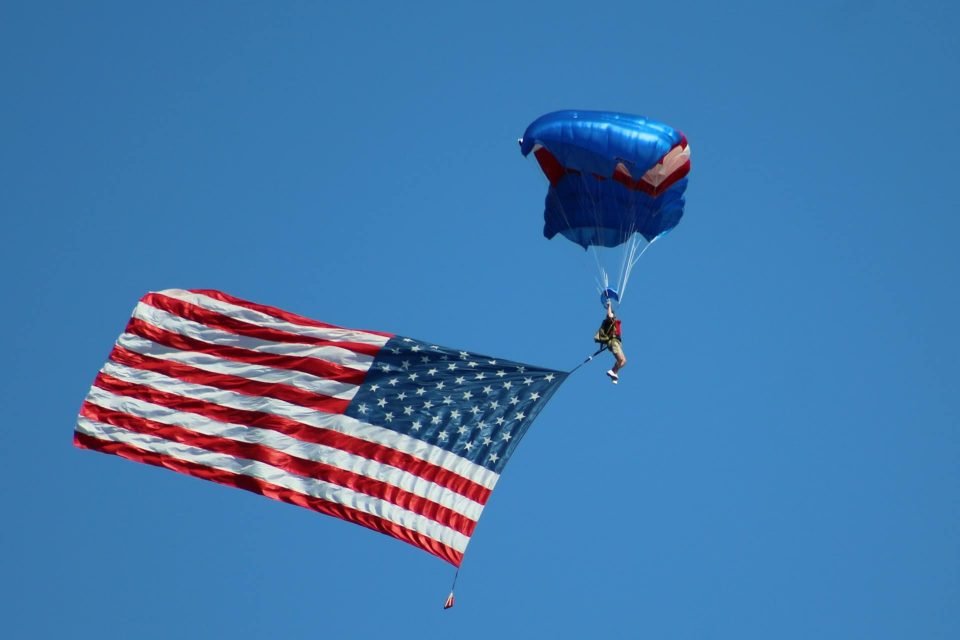 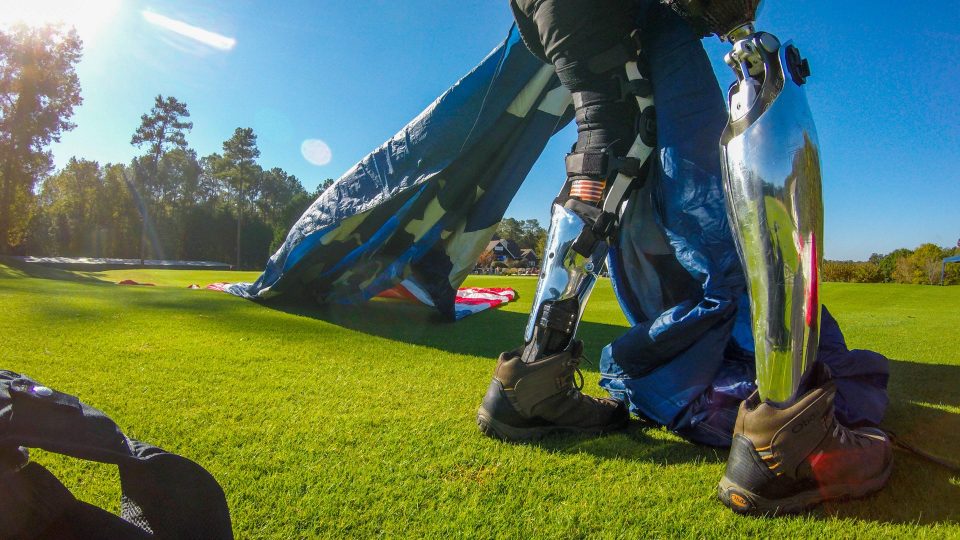 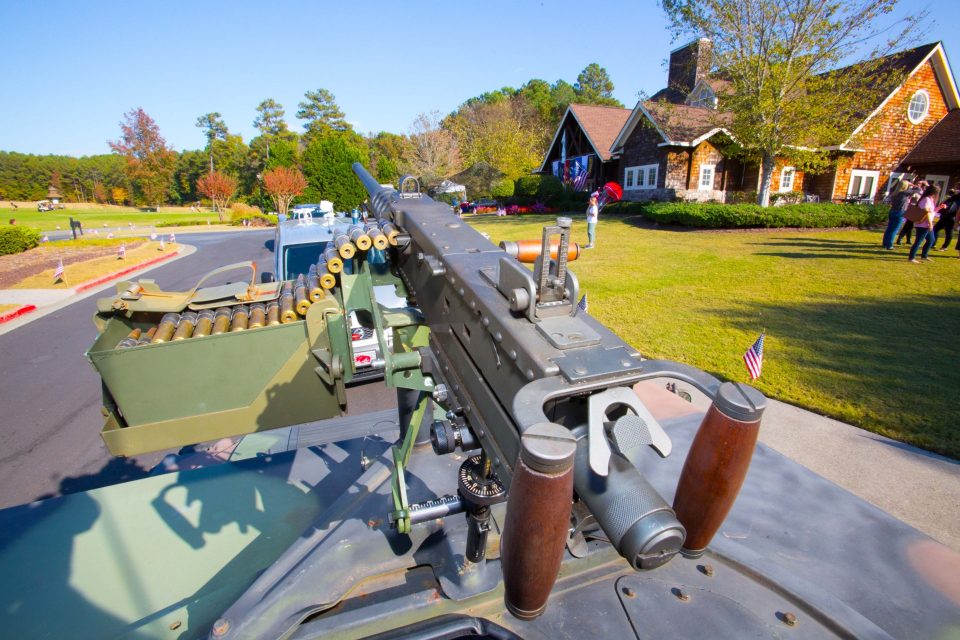 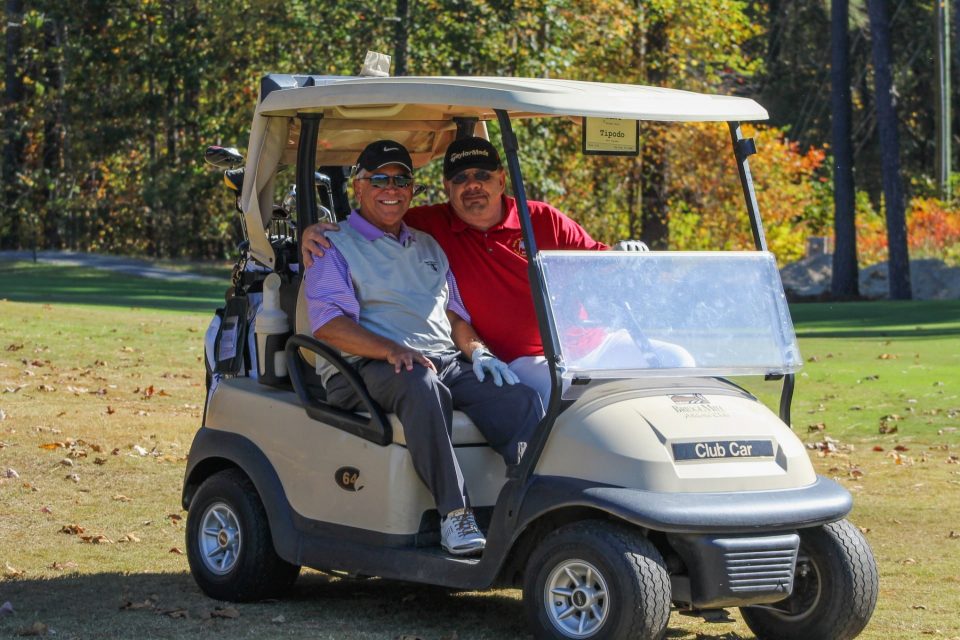 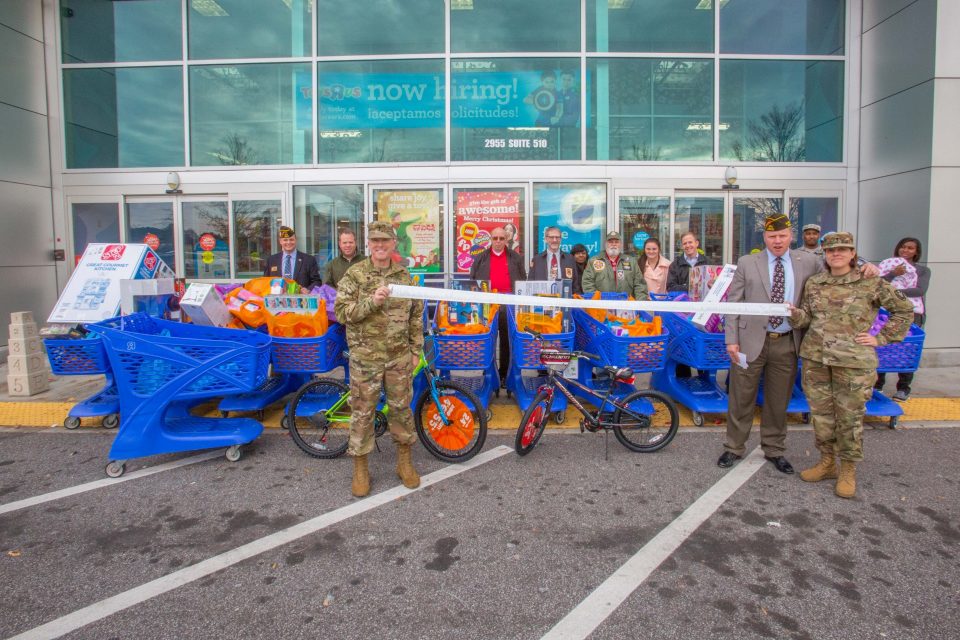 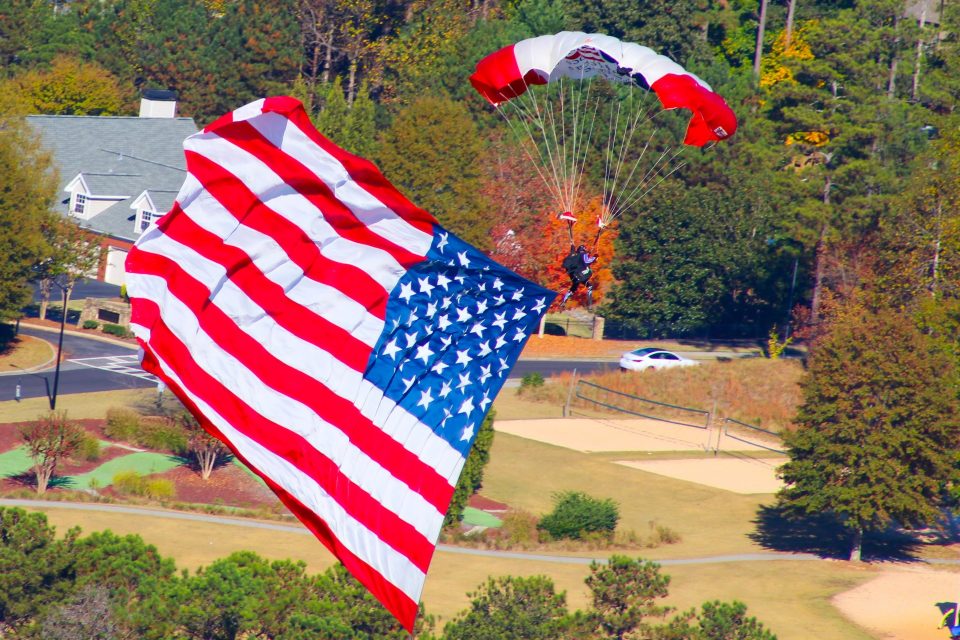 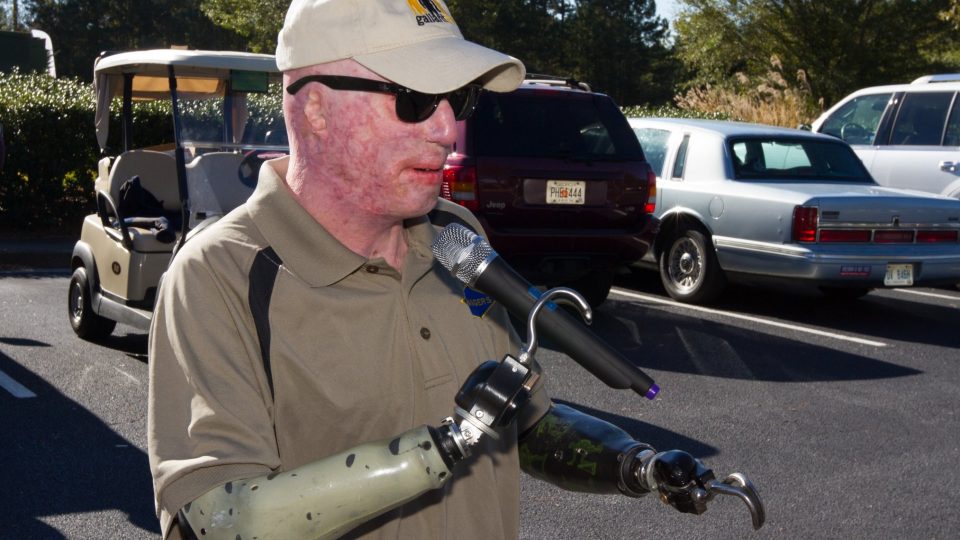 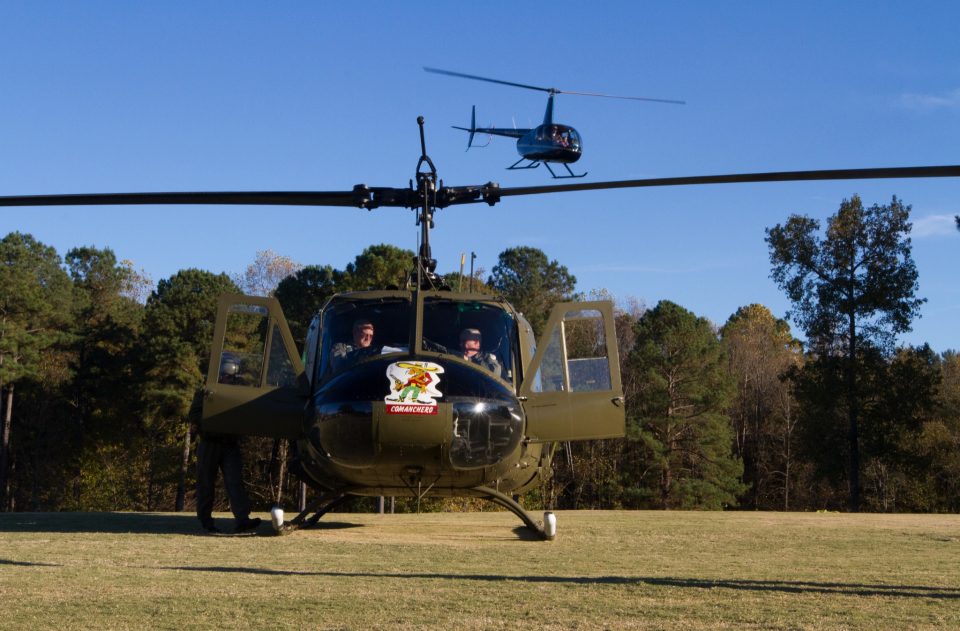 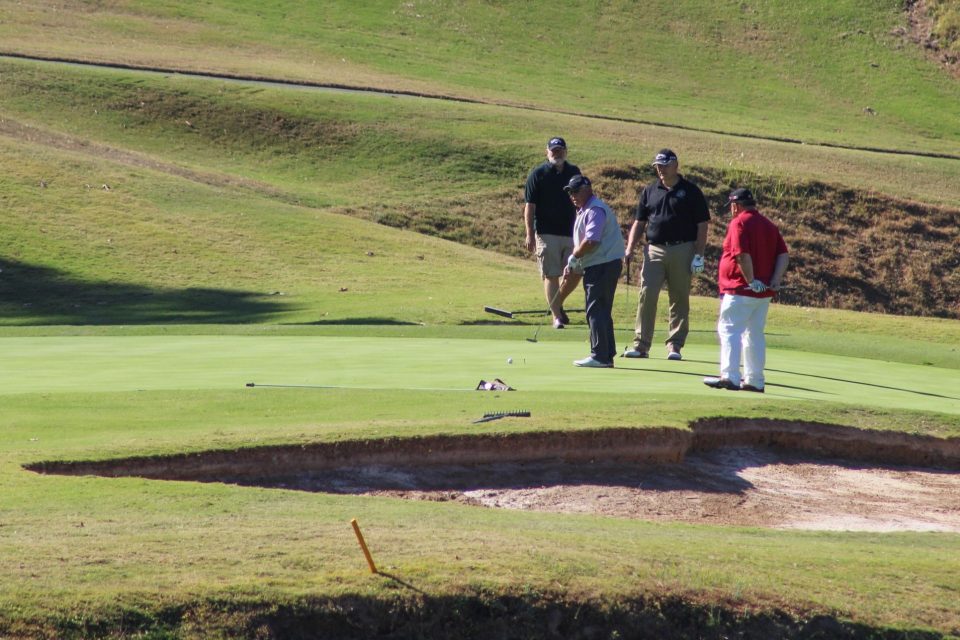 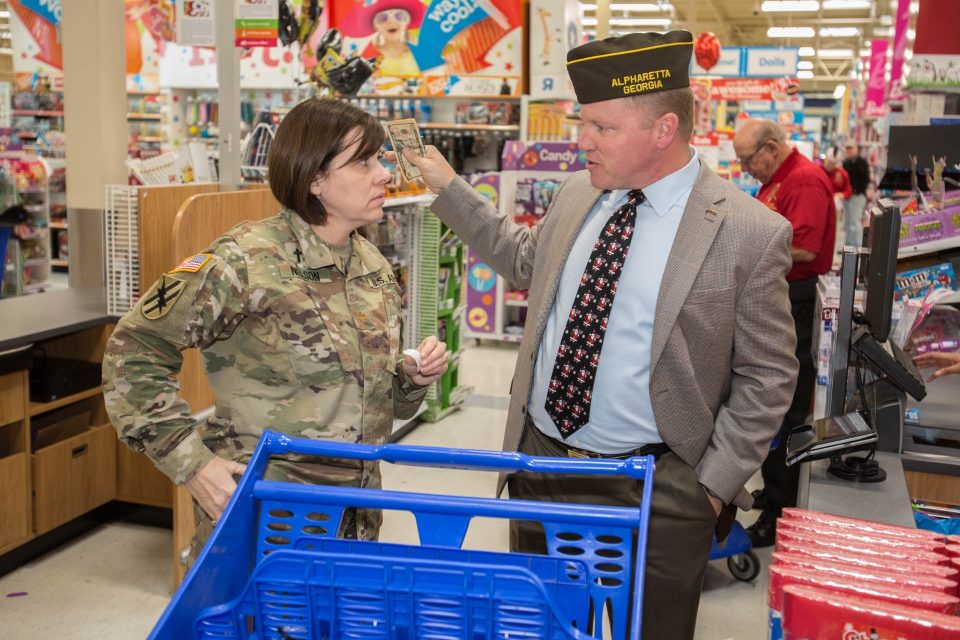 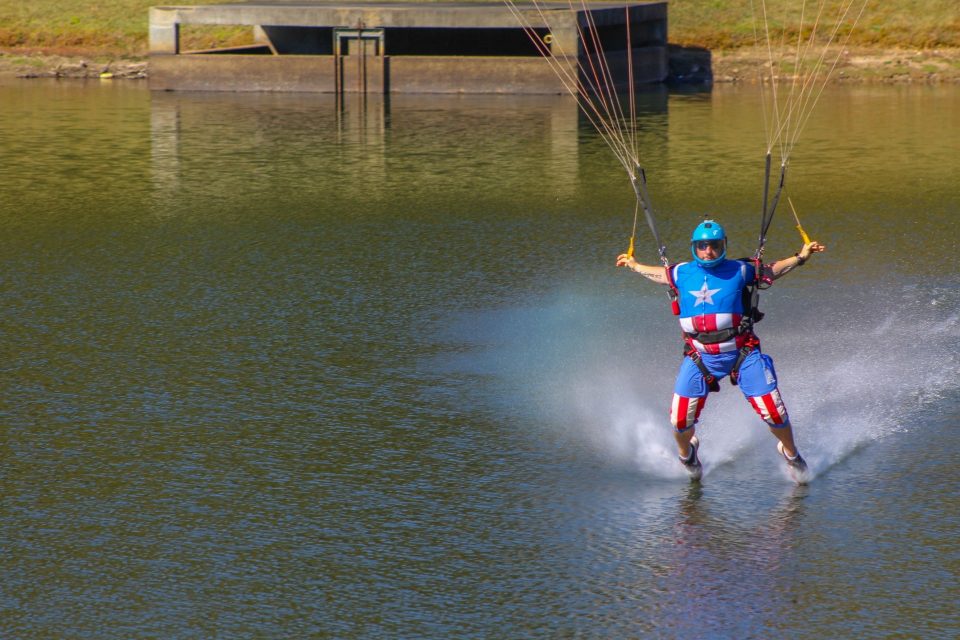 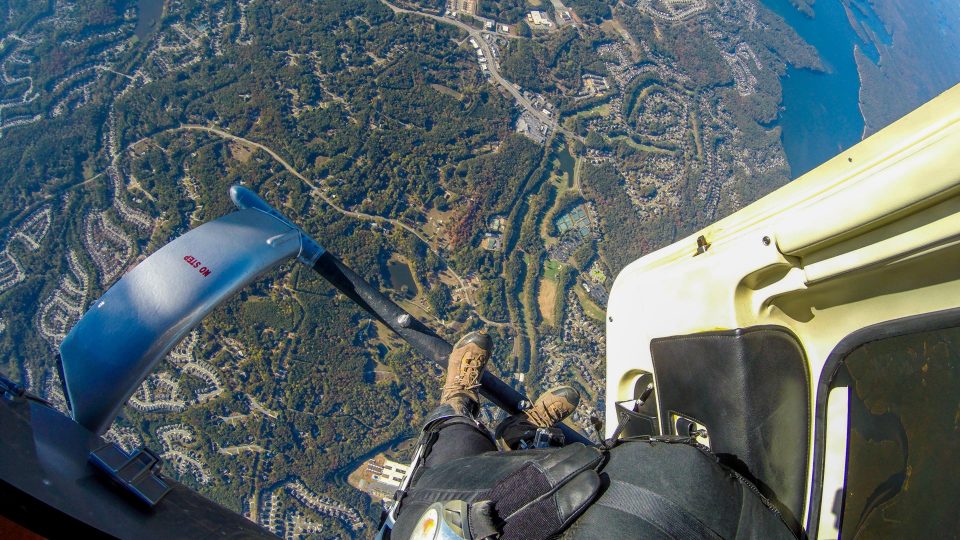 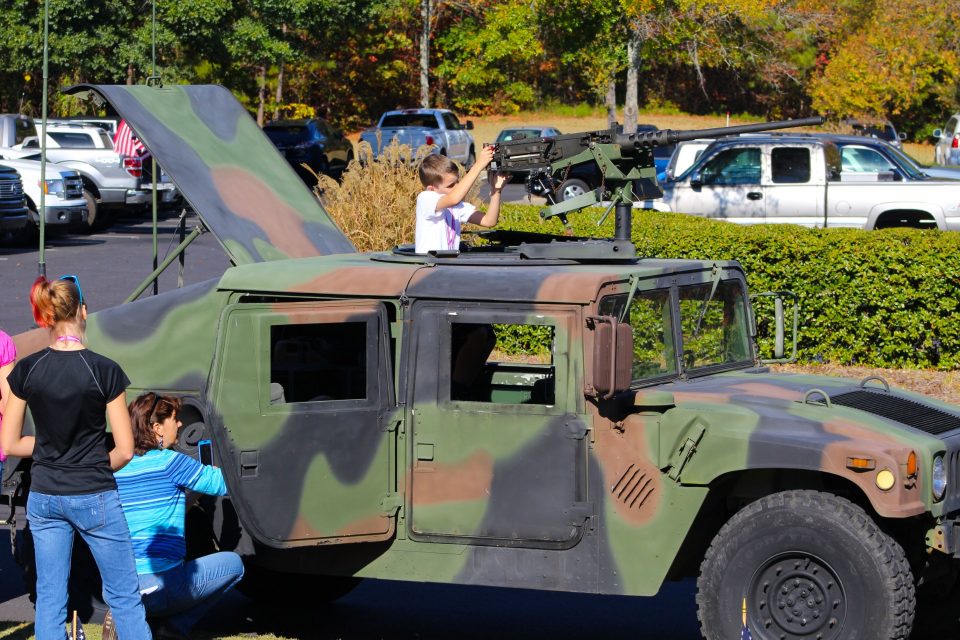 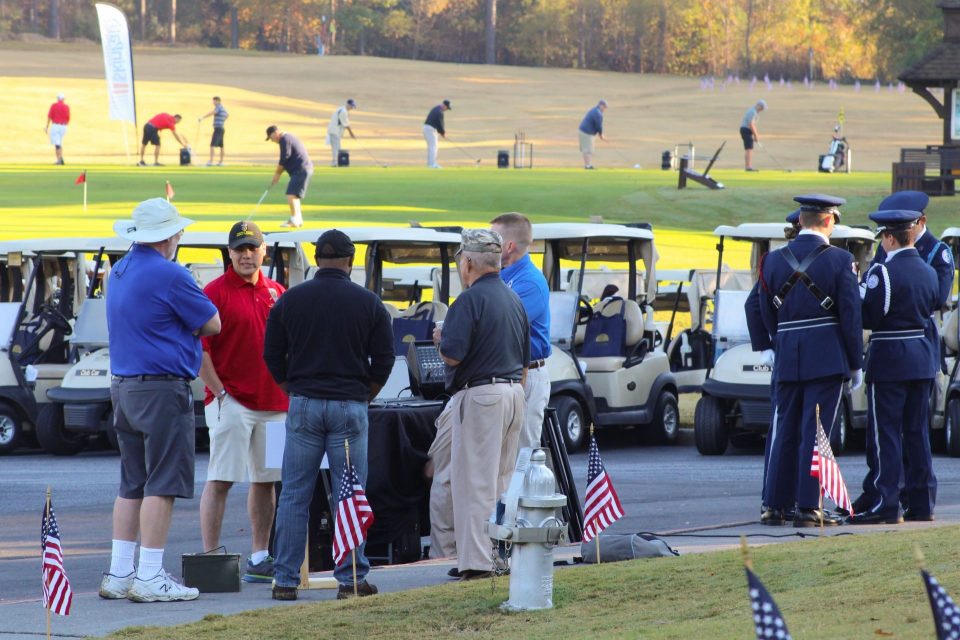 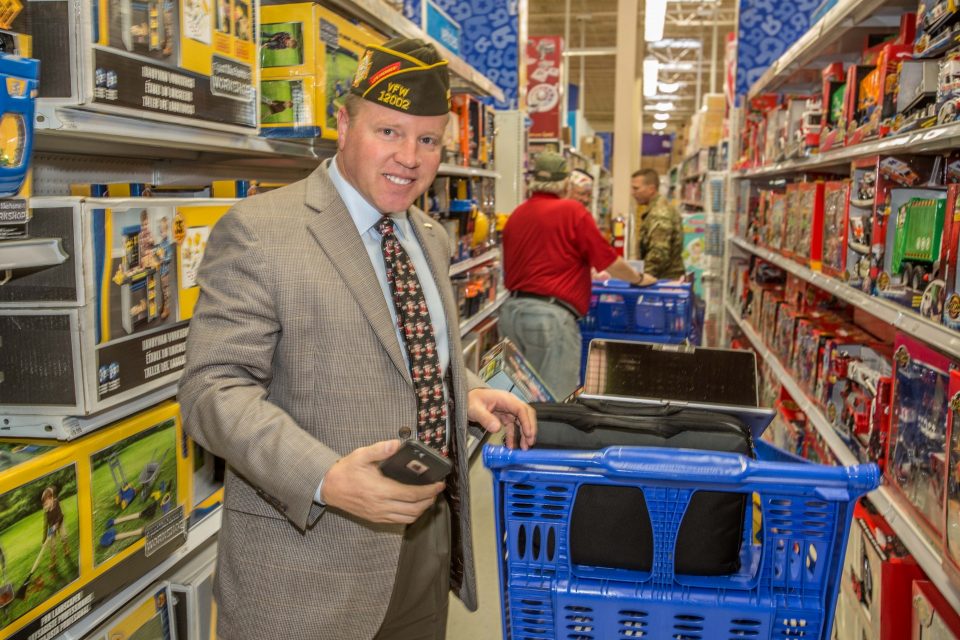 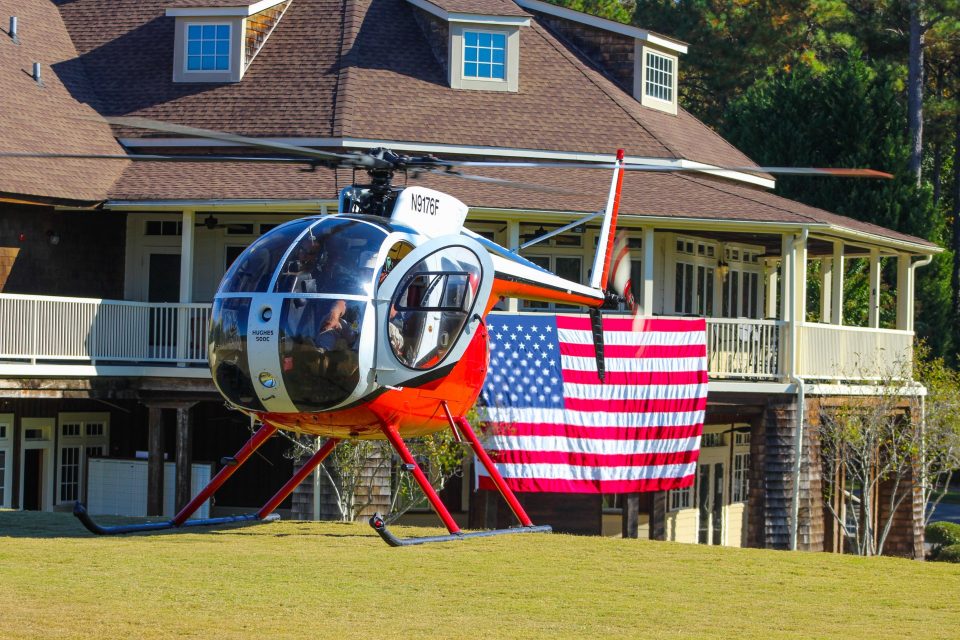 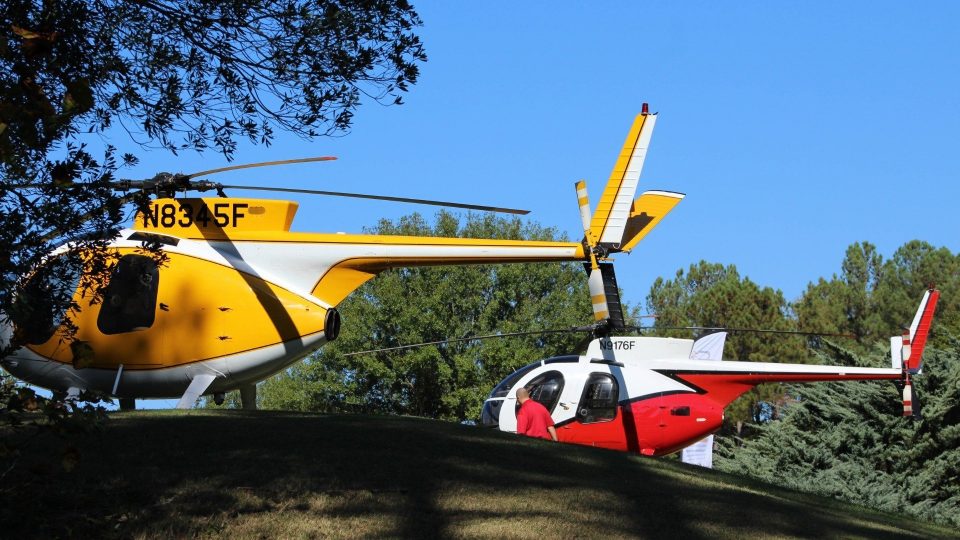 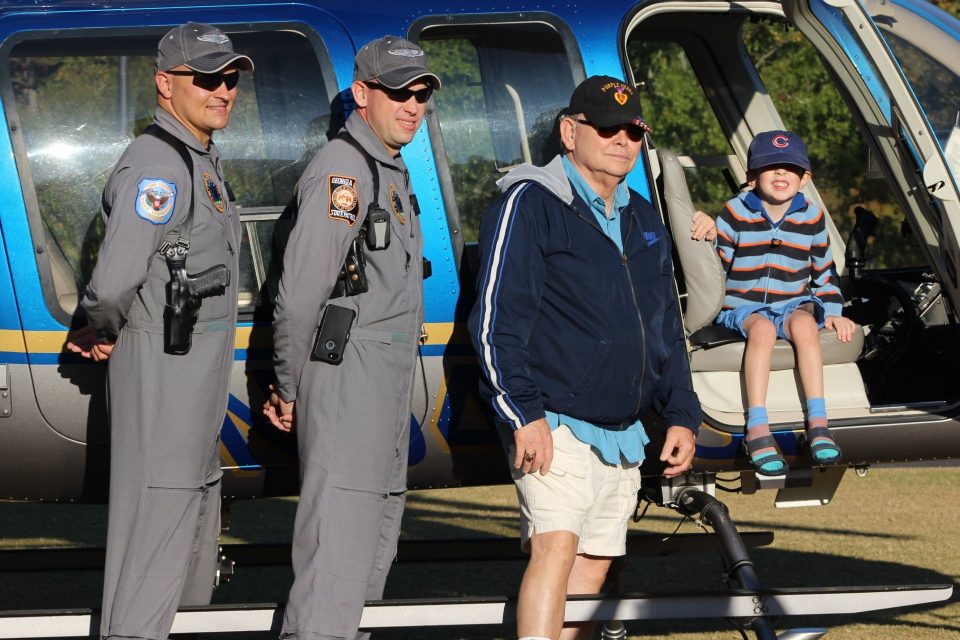 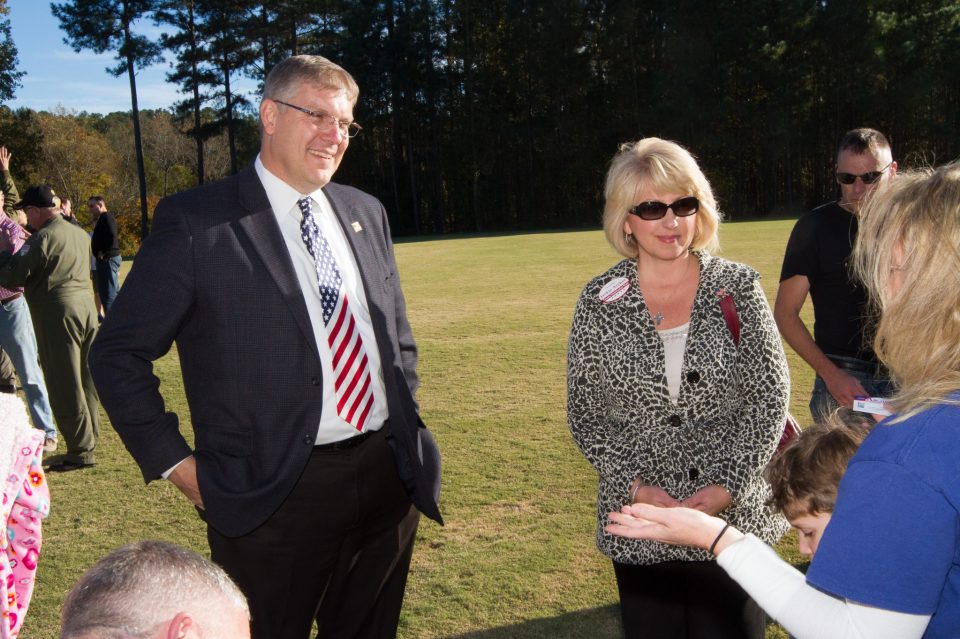 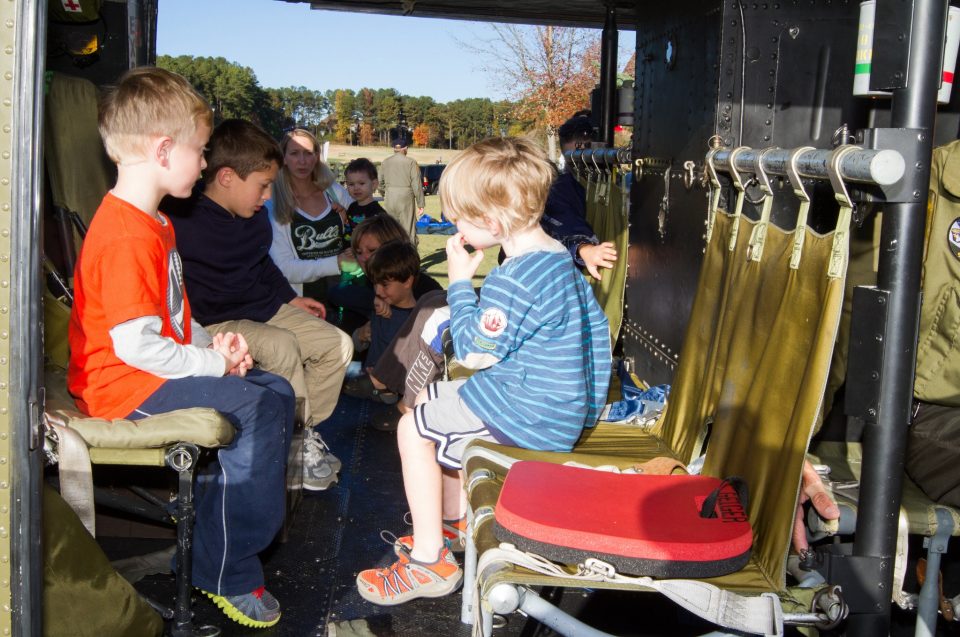 There’s no other golf tournament anywhere that has as much for the whole family or does as much for our deployed troops as the Freedom Fighters Open.
Register